Simplicity 1366 is really doing the rounds of the sewing blogosphere at the moment.  Anna has just blogged a beautiful version (that I was very tempted to steal when we were at Sewjourn until I remembered that she sews a smaller size than me) and I have made it twice before.  I really like the jumper version that I made, so when I came across some scraps of this unusual green/black/metallic gold knit in my stash that were just enough for another 1366, I decided that it was destiny. 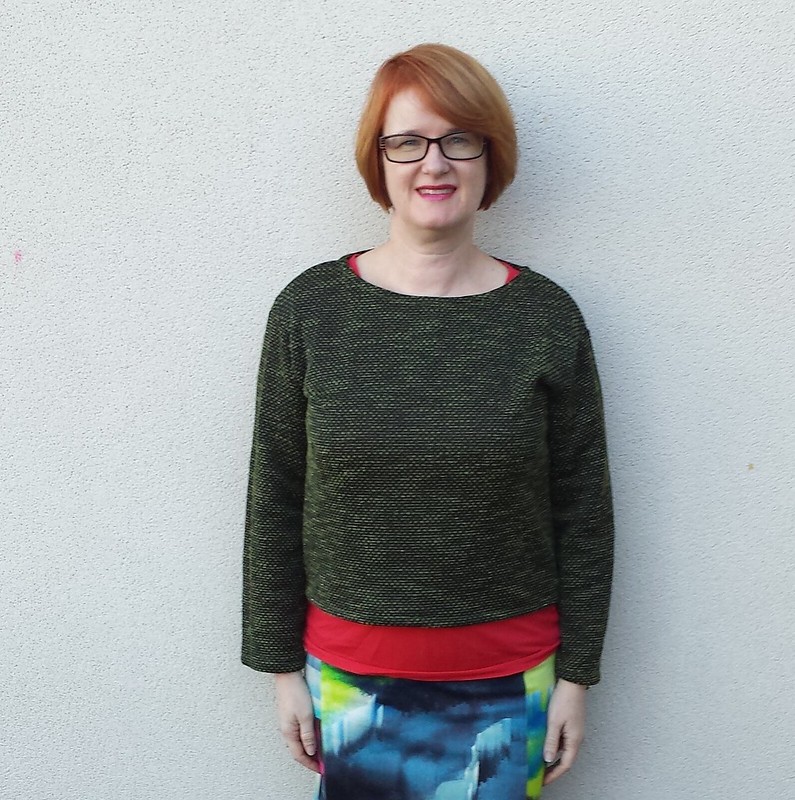 Once again the length of the sleeves was rather random. I just cut another four inches or so – maybe it was five – then did a simple turn and zig zag hem. I sewed a straight size 12 otherwise. Unlike many I have left the length as per the pattern. I’m still getting used to letting contrasting layers peek out underneath. 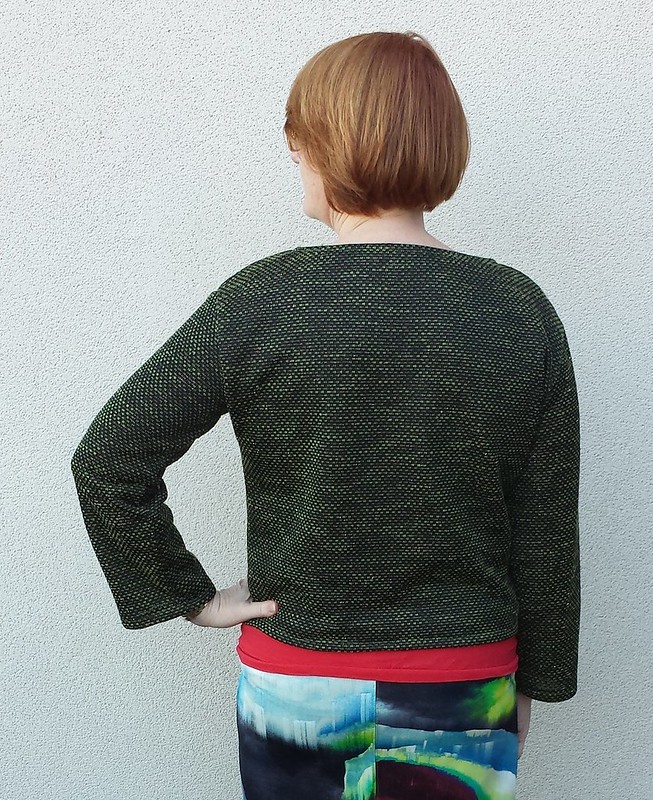 I suspect that this is actually the “wrong” side of this fabric. The other side is much greener, but also much more metallic. For this top I was aiming at something a little more subtle. You can see the other side in the Vogue jacket that I blogged here. I used a strip of the same fabric like a bias facing around the neckline, stitching it to the right side then turning it to the inside and top stitching. 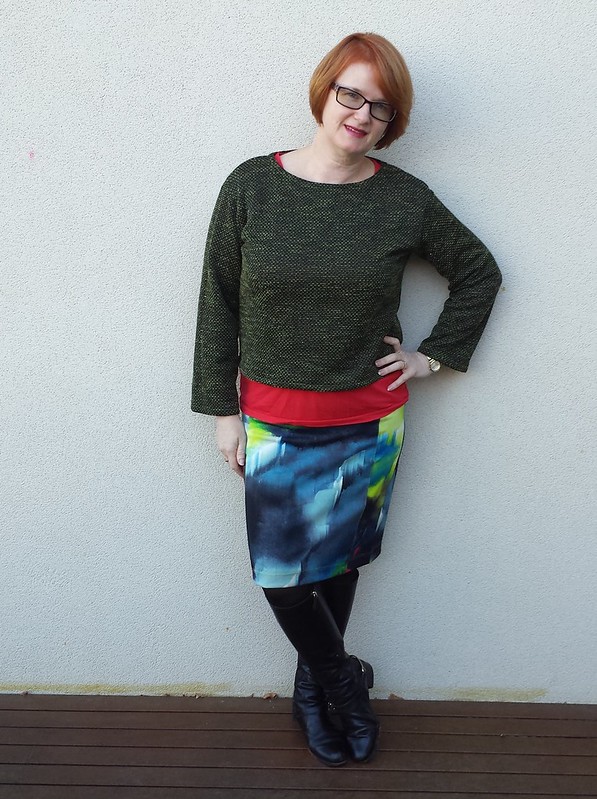 I suspect that without the sewing blogosphere many would have overlooked this top pattern, instead focusing on the rather dramatic skirt that is included in Simplicity 1366. There are still many more renditions of this in my future, including in woven with shorter sleeves for summer. Highly recommended.