When we were in Borneo Clare bought a cropped sweatshirt.  It is fairly lightweight, so perfect for inbetween weather.   She’s been wearing it a lot, so I offered to sew her something similar.  This was made and photographed at the beginning of March. 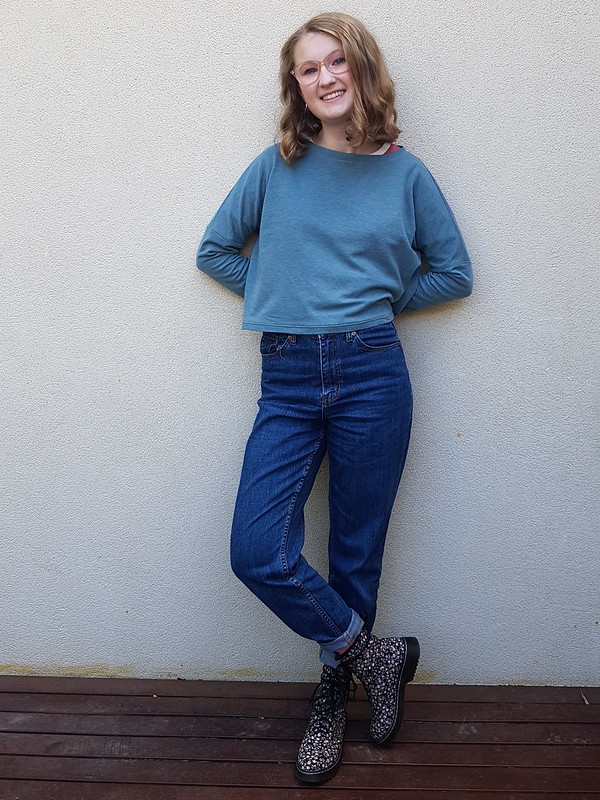 This pattern is the Teen Spirit Top, by George and Ginger. I love that their multi-sized patterns start at small sizes (tween 12 and 14 then adult XXS) which makes sewing for my daughters much easier.

We chose to sew the long sleeved, cropped length and I narrowed the neckline. I added bands to the sleeves and the hem to tie them in with the neckband. 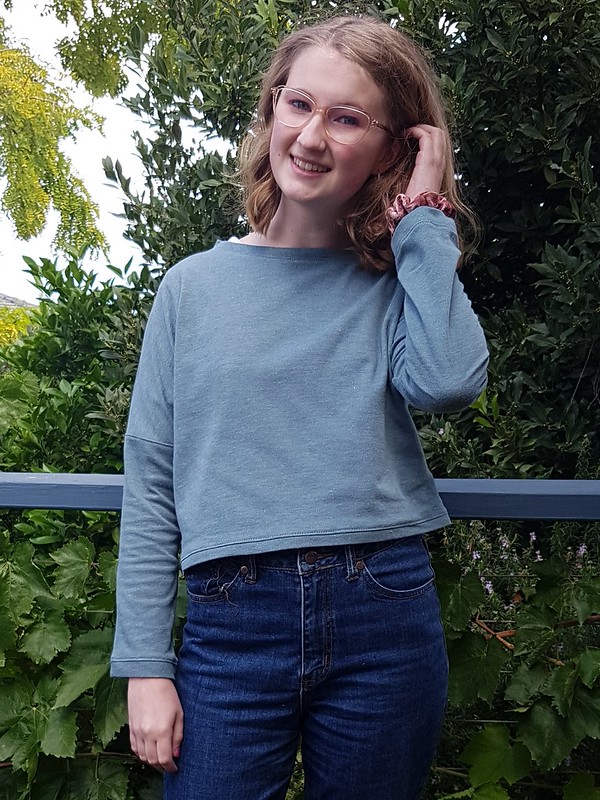 The fabric is a knit from the Rathdowne Fabrics remnant bin. It’s actually fairly stable, without much stretch at all, and has a bit of a slub effect. Heavier weight than jersey, lighter weight than sweatshirting. 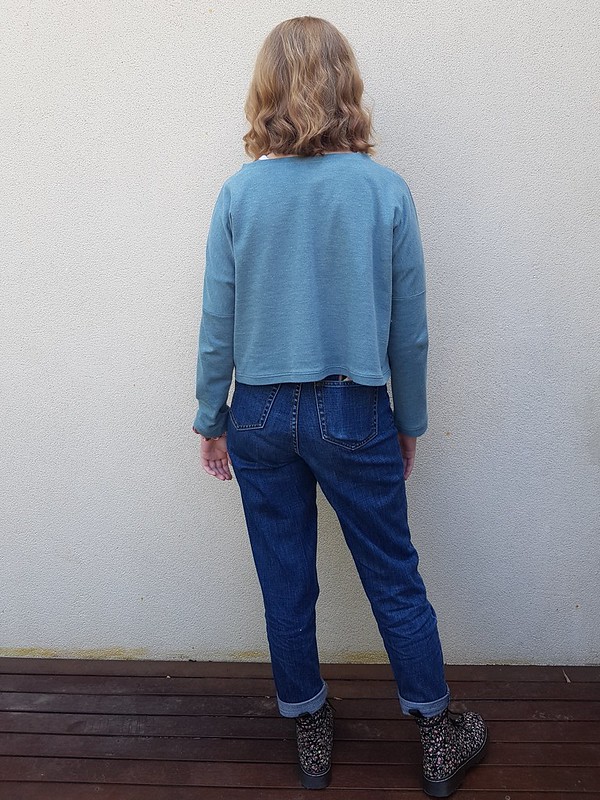 Current teen fashions are SO late 80s / early 90s! I look at some of Clare’s outfits and then describe to her almost identical onces that I wore back in the day. She wishes that I’d held on to a few of them. I have kept most of my late 80s / early 90s formal wear, but not the everyday stuff.  She’s especially sad that I didn’t hold on to my nubuck Doc Martens (my excuse is that they were trashed after a year of backpacking). 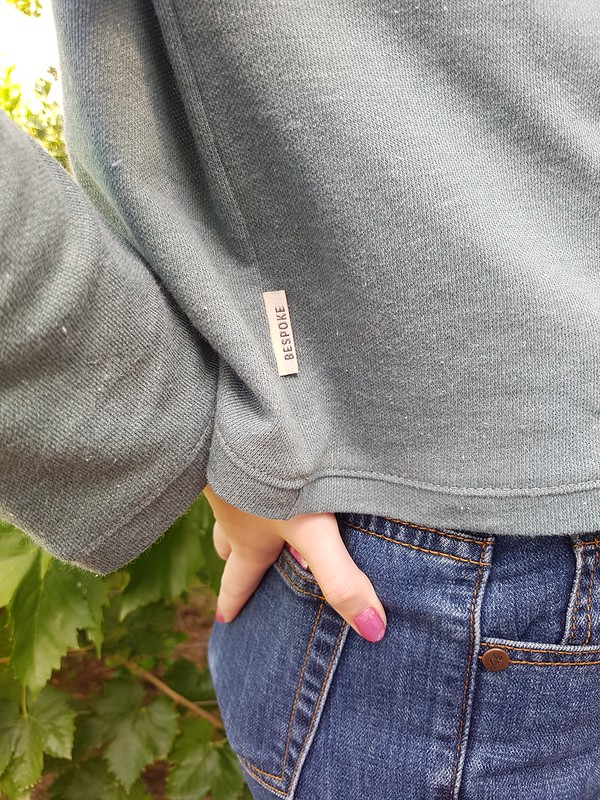 I added a little label from Kylie and the Machine to the side seam, which really tickled Clare’s fancy! I think that I also added one inside that says ‘this is the back’. 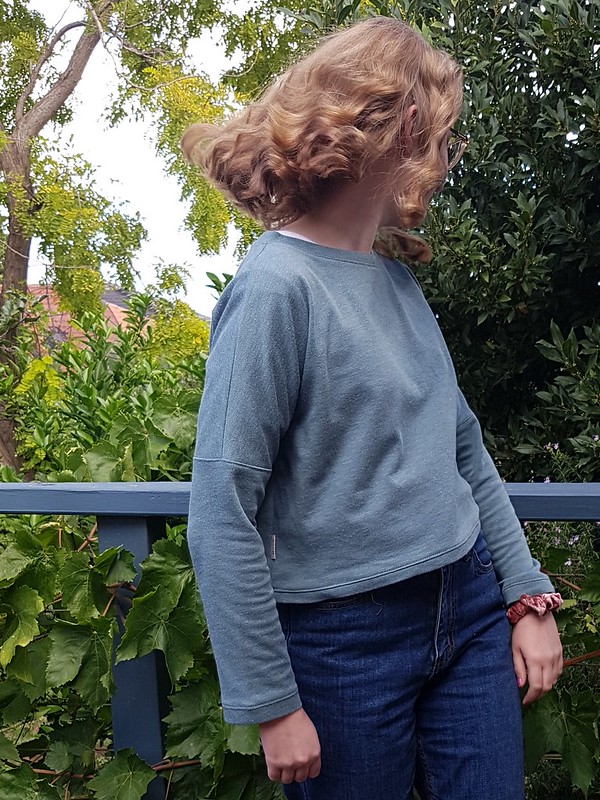 As you can imagine, this was an extremely straightforward garment to cut out and sew. Adding the bands made for very simple finishing. I pressed them all toward the body of the garment then topstitched to keep the seam allowances in place and add a tiny bit of detail. And that was it! Sometimes the very simple projects are just as satisfying as the very complex ones – it’s all about meeting the brief. 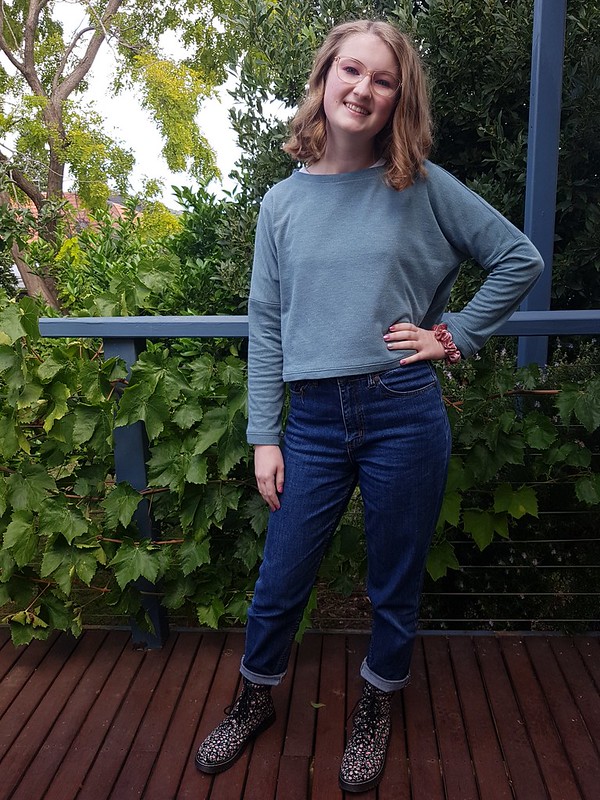