Unsurprisingly, our first day back in Kota Kinabalu (known as KK) was a very slow day.  Major sleeping in, major loads of laundry.  I have a bit of a thing about laundry – I like to ‘stay on top of it’.  At home I do at least one load a day – the clothes we’ve worn the day before, then often a load of towels/sheets etc (a load of fabric souvenirs if I’m lucky).  With a family of four it can really add up quickly!  Anyway, I’m not telling you anything that you don’t know there. 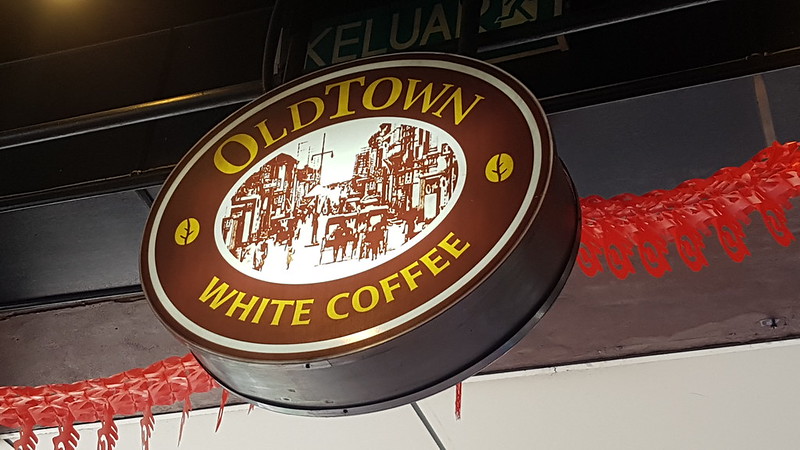 As it was Sunday, the Gaya Street market was on. We headed in to have brunch at Oldtown White Coffee, which we knew from prior experience would have a food offering to tempt every member of the family. For the Victorians reading, the girls equated it to Degani. It’s not hard to work out the food preferences of each of us! 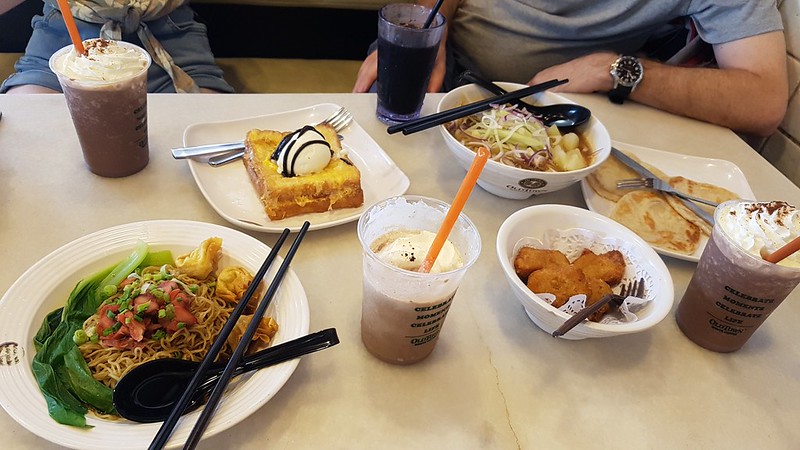 We had just enough time after eating for a short wander through the market before the stall holders started packing up. We came across this man, Huang Poh Lo, doing calligraphy. As well as being a talented artist, he was quite the conversationalist. You meet so many interesting people when travelling! As well as being a self taught calligrapher, he’s a self taught musician with his own youtube channel. I found an article about him here and there’s a short documentary about him on youtube. Worth watching! 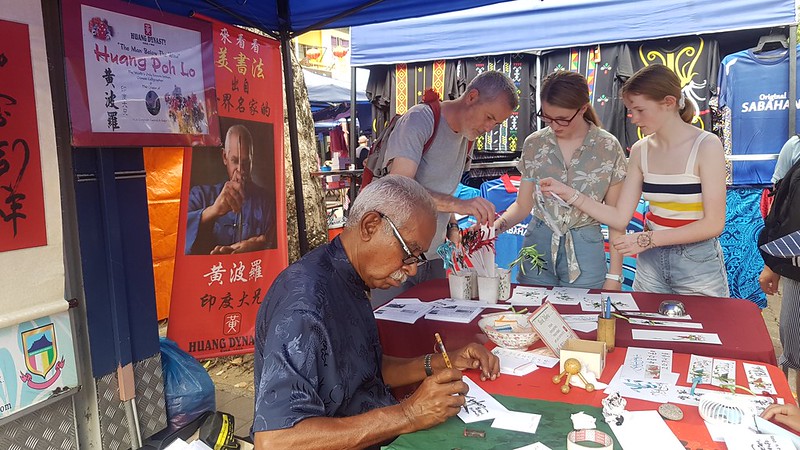 Clare was on a mission to find some teen clothes – we hoped that the the fashion stores may stock smaller sizes, given that the Malaysian population appeared to be smaller in size than the Australian population. Eventually we located E-teen, which appeared to be like a Korean version of Supre. Nothing had sizes on the labels, and some pieces had really dodgy sewing. Both Clare and Stella can spot poor construction nowadays! We were successful in finding a few nice pieces for each of the girls. 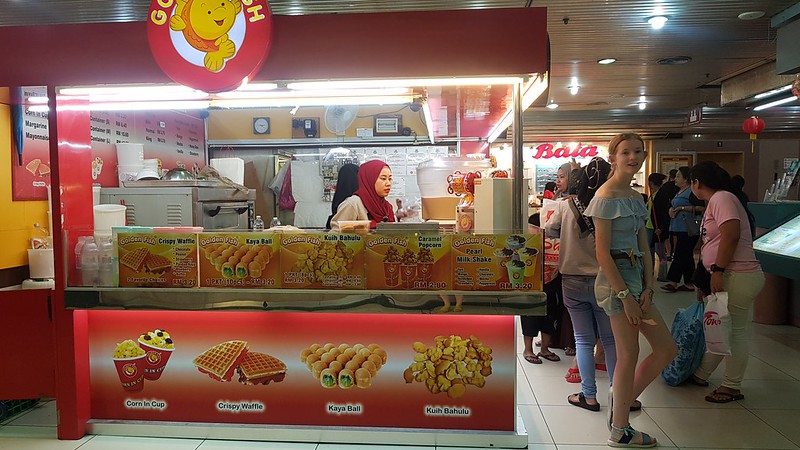 That’s Stella in one of her new tops – she wore it out of the store! She was in the queue for some crispy waffles. This day really was a food day. 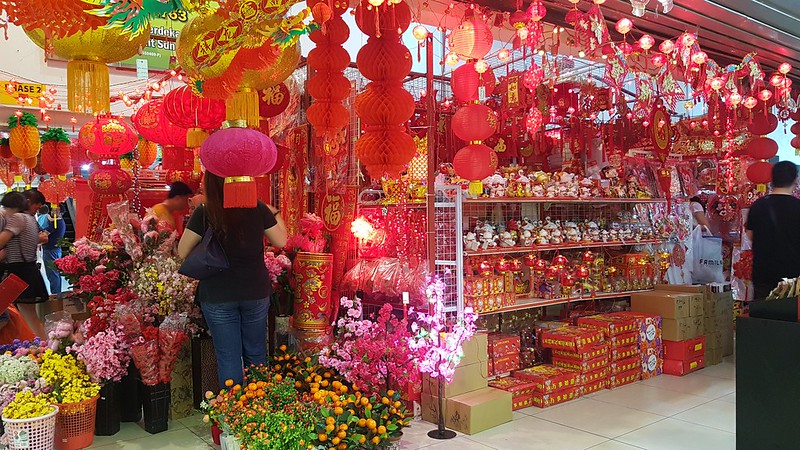 Between the time that we left KK to head on our jungle trip and the time we’d returned, everything was gearing up for Chinese New Year. Decorations were for sale everywhere, and the shops were full of red and gold in all sorts of formats. It’s obviously a huge time of celebration in KK. 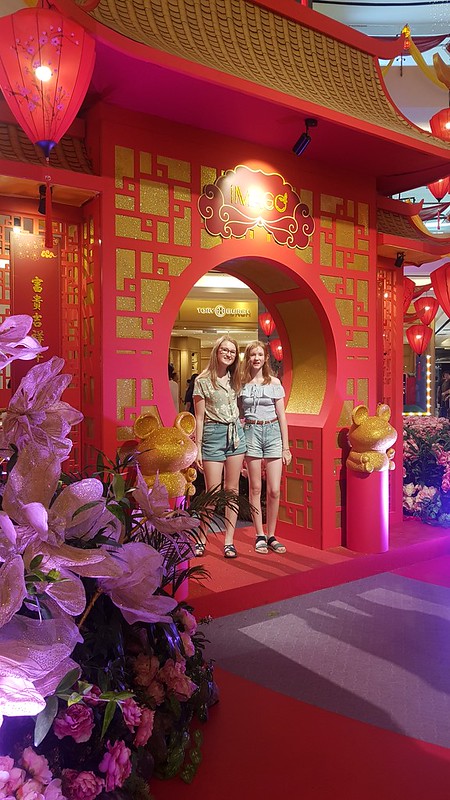 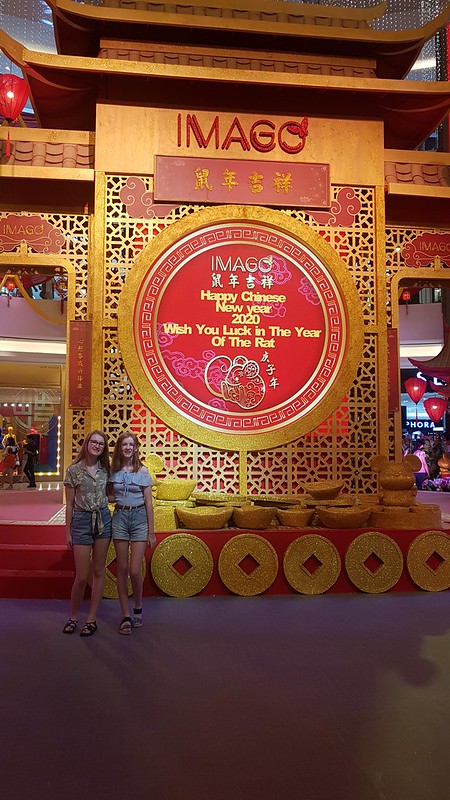 The afternoon was spent watching videos on the internet (Stella), doing laundry and planning for the next day (me), reading (Clare and Dan), and taking a dip in the air BnB pool (Stella and Dan). The pool looked especially lovely at night, as it has twinkling lights set into the bottom of it. Our room was a few storeys above, and it was so pretty to look down on. 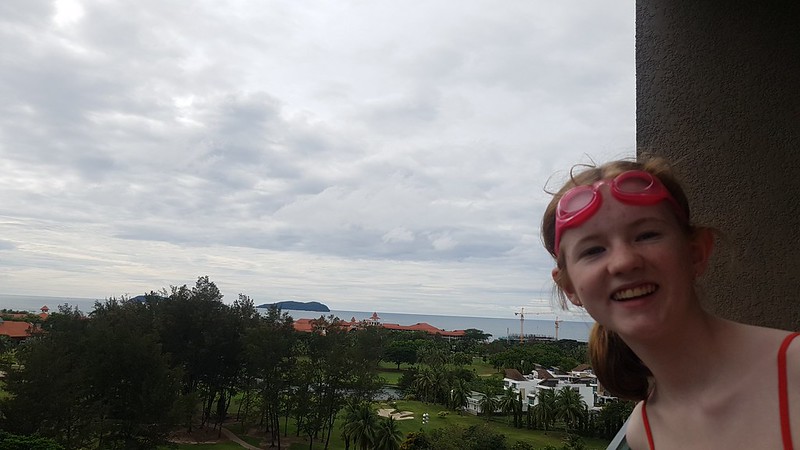 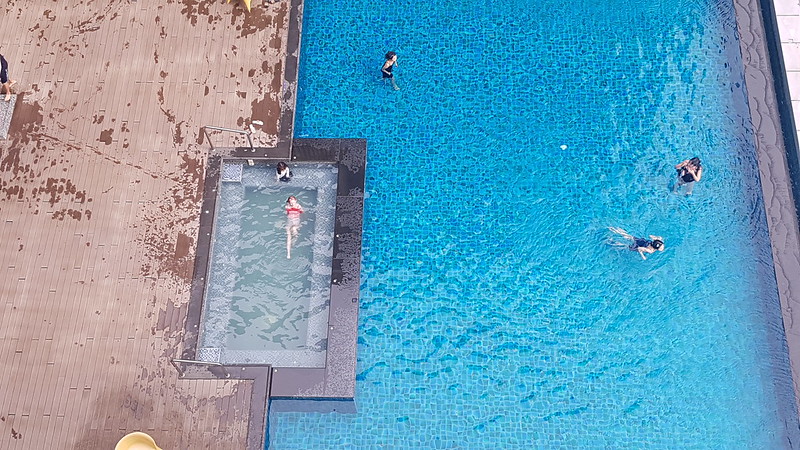 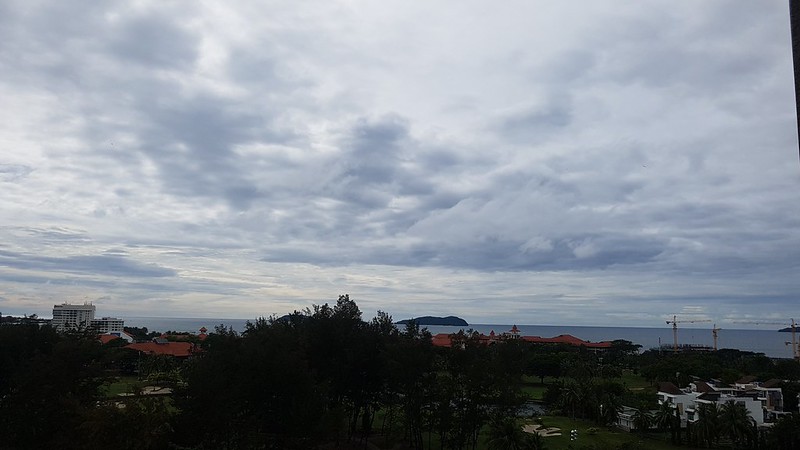 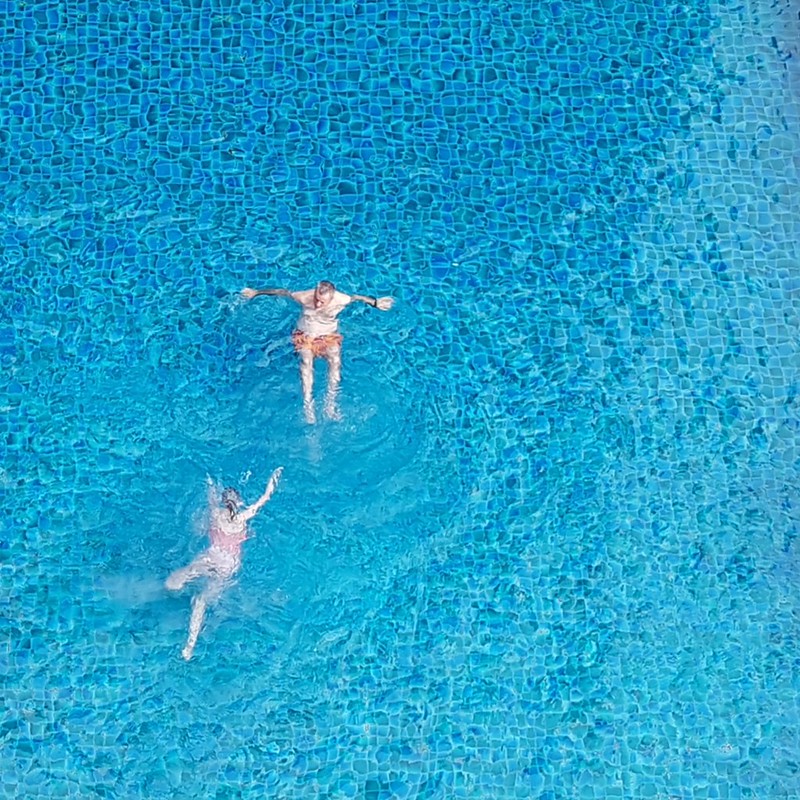 We ventured back to Imago mall for dinner, then had an early night.  So that was it for the day! A relatively short blog post compared to the previous ones.