I first sewed the You Sew, Girl! Draped T-dress back in January 2011.  Yes, that was a while ago! 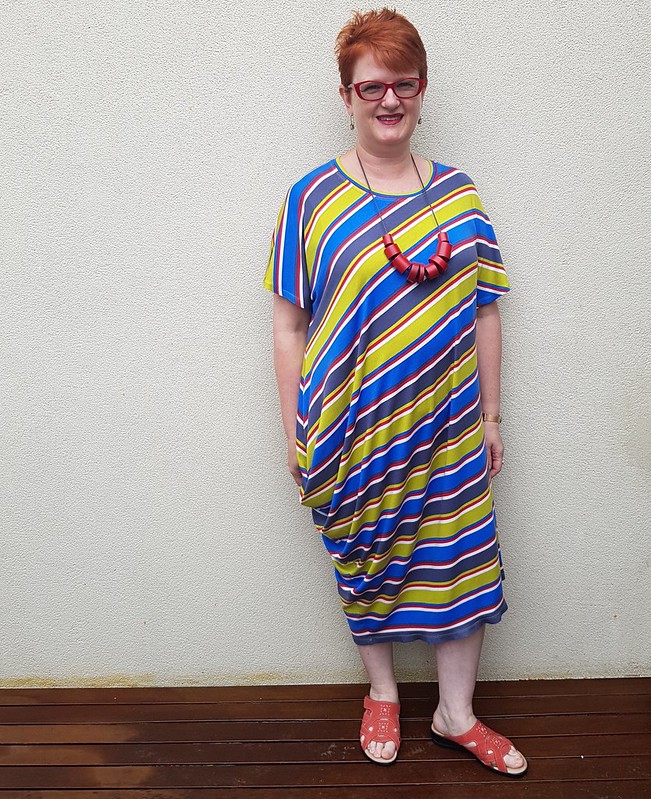 And wouldn’t you know it – this is my sixth version, the fourth in a stripe! You can see two of the other striped ones here and here (there was also a red/white striped version but I don’t think it was ever blogged). I’ve sewn it in a solid once, and in a print once. (And actually, since I wrote this blog post I’ve sewn a seventh dress, this time as a gift). 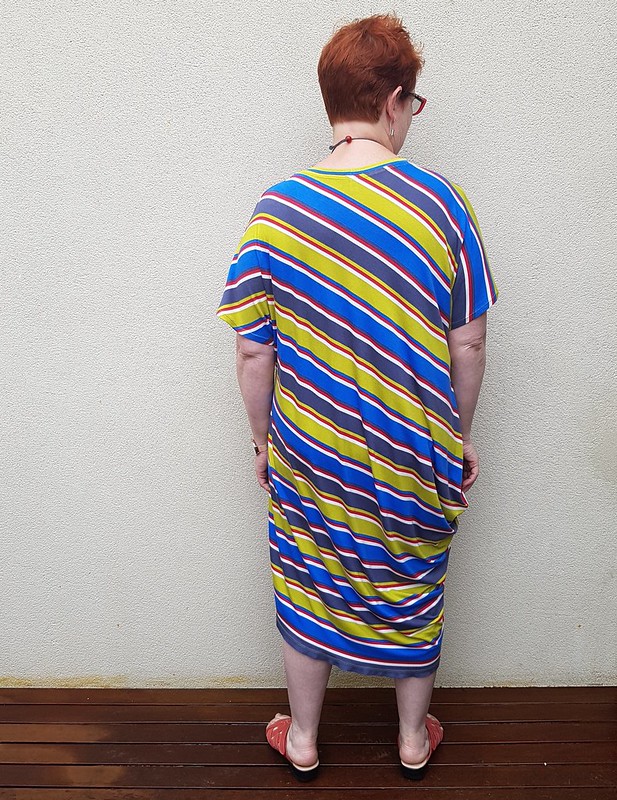 This fabulous stripe is viscose spandex knit from The Cloth Shop Ivanhoe. I needed 2.5 metres in order to be able to match the stripes along the edges. This is a one pattern piece dress – the front and the back are the same, then the front neckline is cut deeper. I cut a strip for the neckband a little less than two inches wide. When doing neckbands from stripes the finished neckband width really depends on the width of the stripes and what I think will look best. 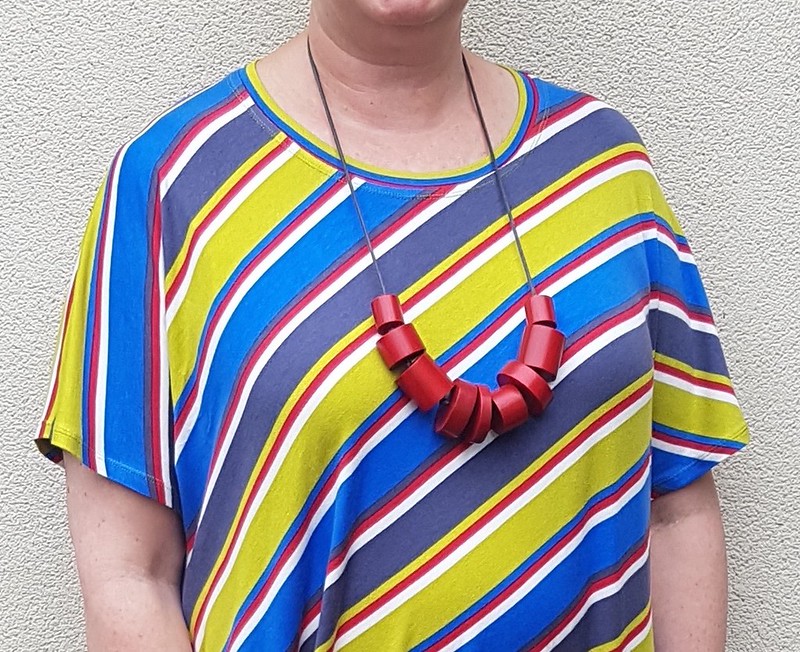 As always I determined the length of the neckband by following the method described in Gillian’s tutorial. Construction was on the overlocker, with the hems finished by machine with a twin needle. I also twin needled down the neckband seam allowances to secure them. 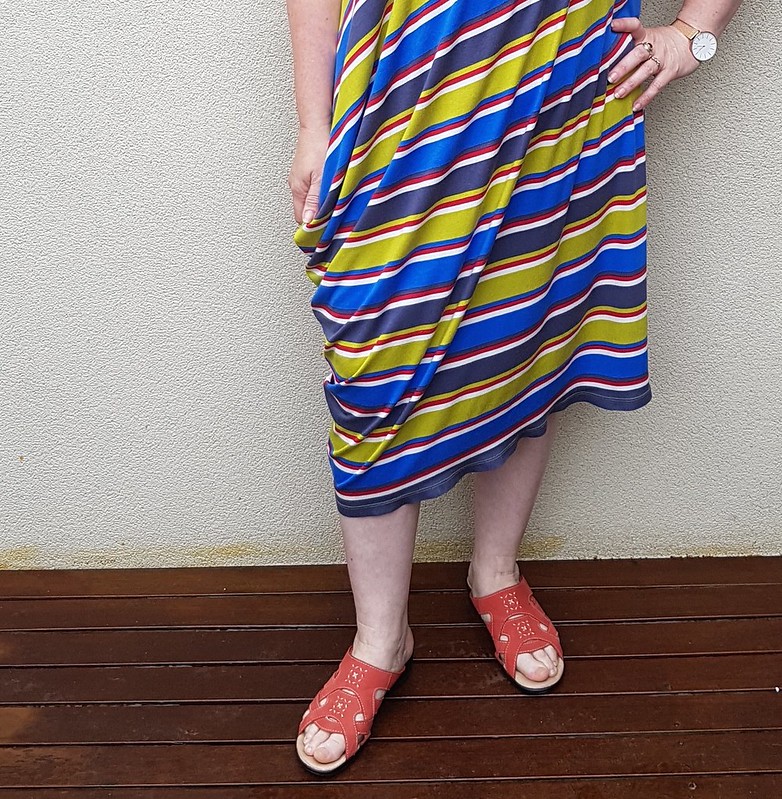 I used double sided Vliesofix tape on the dress hem before stitching, and I think that it’s actually stiffened it a little too much and has made the hem a little wavy. That might ease up with washing. I sometimes attach a fishing sinker or washer to the inside seam allowance of the point at the side drape so that it falls nicely, but haven’t done it yet with this version of the dress and the folds seem to be draping as they should. 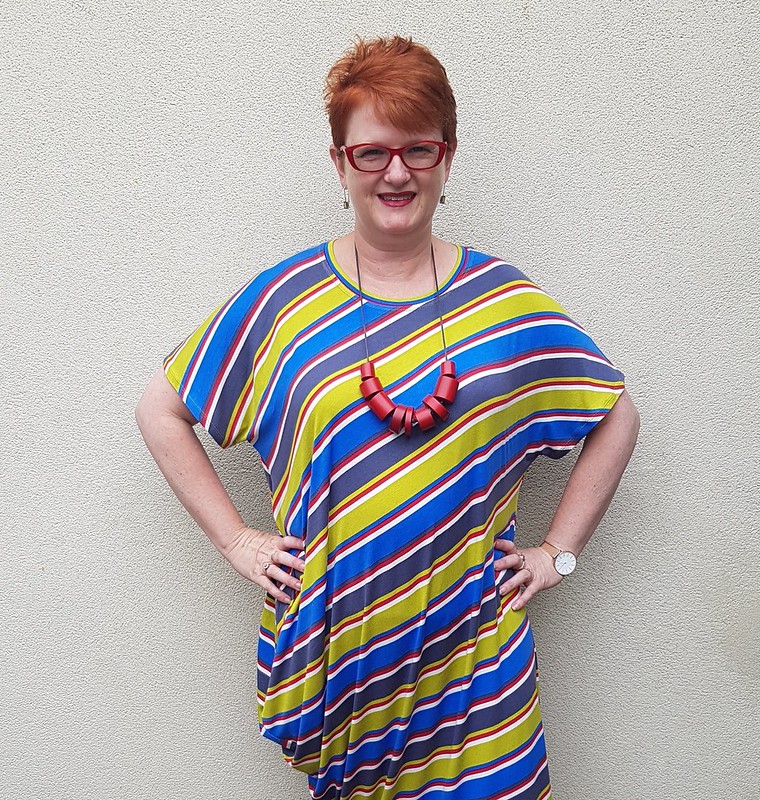 Stripe matching required lots of careful cutting – I cut one side of the dress, then laid it exactly on top of the fabric right sides together to line up the stripes accurately before cutting the other side. That had the added advantage of having the front and back all ready for the stripes to be carefully pinned together. Sewing this in a solid or print makes it a very fast dress to sew, by the way. 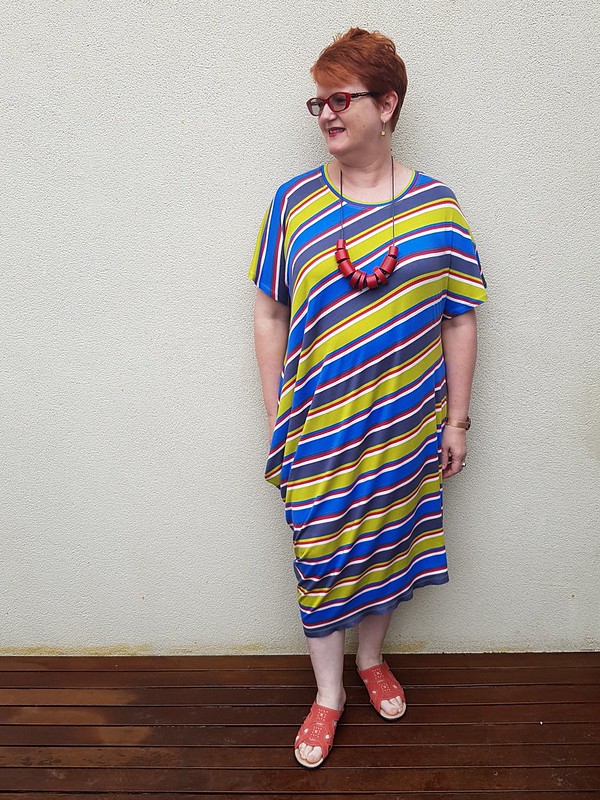 My dress is size Medium. It’s extremely comfortable to wear, and I think we all know that there will be more versions of this pattern in the future!

2 thoughts on “Another striped draped t-dress”