Nirvana Farm Stay was such a pleasant little break – not ‘touristy’ as the previous few week had been, and definitely relaxing.  Good grief, I finished reading a book while we were there!  This year I want to read more – once upon a time I was a voracious reader.  Then, for a number of reasons, I started to read books less (and probably to read shorter articles online more).  I miss books – it’s time to build them back into my life. 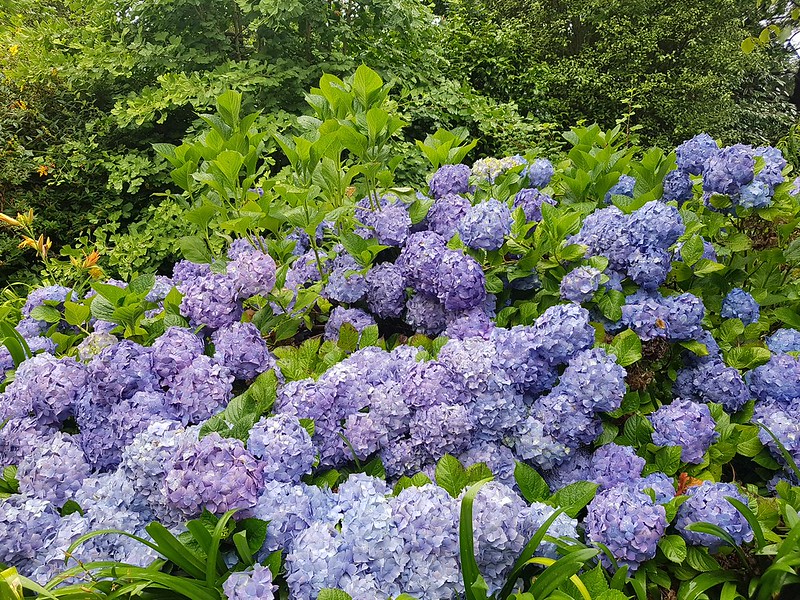 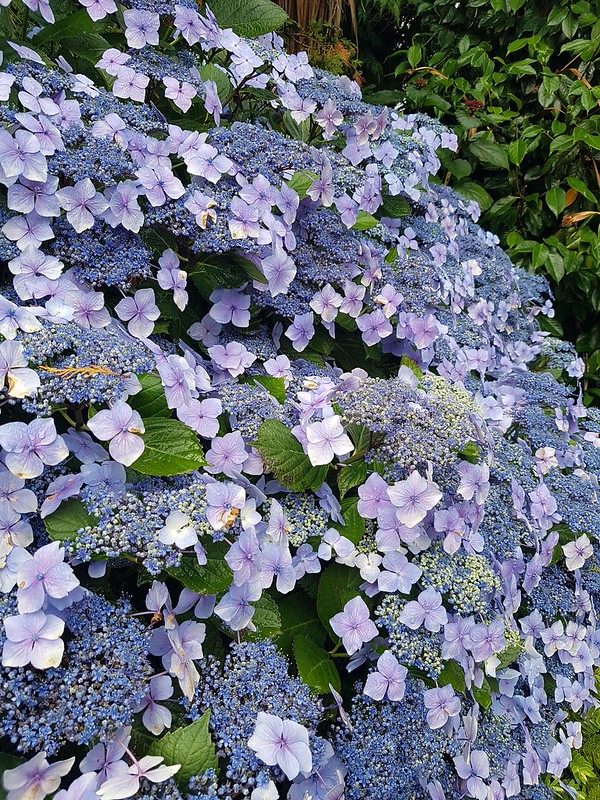 We were packed and ready to leave fairly early. It’s a decent drive to Wellington, and we wanted to go via Napier to check out the Art Deco architecture. We stopped to admire the hydrangeas along the way. There have been many large hydrangea bushes around the North Island. They’re one of my favourite flowers. We gave the kids the spiel about them being nature’s indicator, with blue flowers in acidic soil and pink flowers where the soil is more alkaline. They like rich, moist soil and plenty of water – I figure that the climate here is ideal for them. I wonder if there’s any chance of me growing some in our Melbourne backyard? 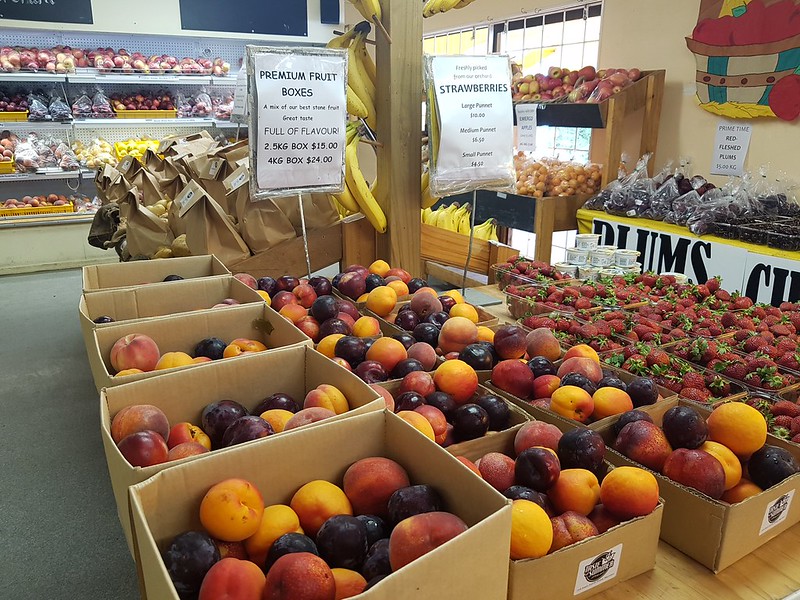 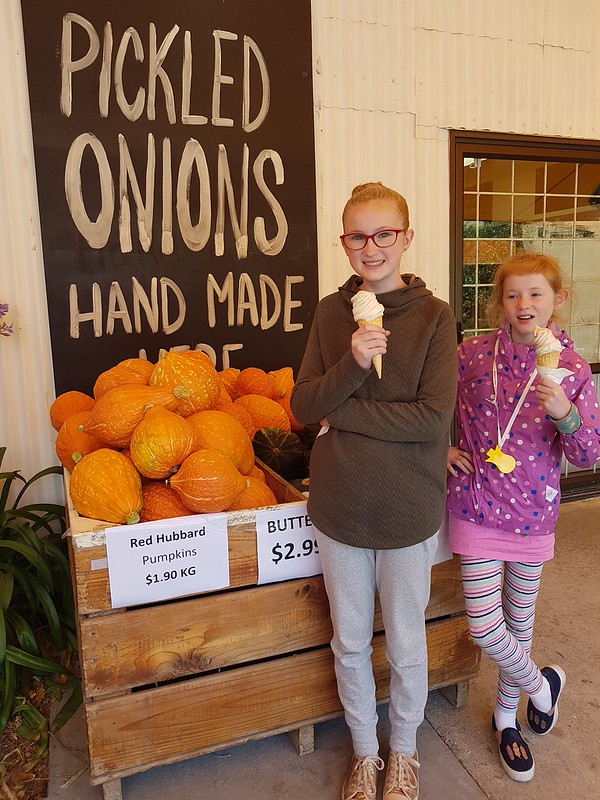 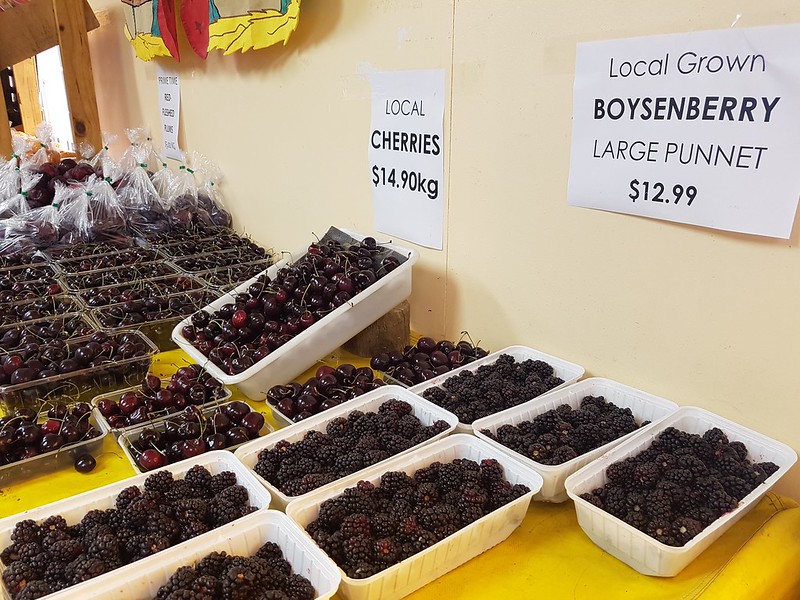 So far travelling by road around New Zealand is surprisingly different to travelling by road around Australia. Rather than long stretches without a town or village to be seen, punctuated by large petrol/fast food complexes, we often come across tiny communities with a cafe, or come across a roadside fruit and vegetable shop selling local produce. The berries in particular are delicious – blueberries are large, flavoursome and only $2 per punnet! Maybe I should try to grow some of them too. Icecream with fruit blended into it is sold at lots of these shops too. Keeps the kids happy! We are having to think ahead and ensure that we have plenty of petrol and that we have stocked up at a supermarket in the larger towns before heading off on each stage of our drive.

And unfortunately for us, when we arrived at Napier many of the streets were blocked off and the rest of the streets were incredibly busy! There was a cycle road race happening in town that morning, and getting access to the main areas of art deco architecture was going to be really difficult. We decided to cut our losses and admire the buildings that could be seen from the car window as we drove out again. Napier goes back on the list for another day.  From Wikipedia: Napier is the nexus of the largest wool centre in the Southern Hemisphere, and it has the primary export seaport for northeastern New Zealand – which is the largest producer of apples, pears, and stone fruit in New Zealand. Napier has also become an important grape and wine production area, with the grapes grown around Hastings and Napier being sent through the Port of Napier for export. Large amounts of sheep’s wool, frozen meat, wood pulp, and timber also pass through Napier annually for export. Smaller amounts of these materials are shipped via road and railway to the large metropolitan areas of New Zealand itself, such as Auckland, Wellington and Hamilton.

Napier is a popular tourist city, with a unique concentration of 1930s Art Deco architecture, built after much of the city was razed in the 1931 Hawke’s Bay earthquake. It also has one of the most photographed tourist attractions in the country, a statue on Marine Parade called Pania of the Reef. Thousands of people flock to Napier every February for the Tremains Art Deco Weekend event, a celebration of its Art Deco heritage and history. Other notable tourist events attracting many outsiders to the region annually include F.A.W.C! Food and Wine Classic events, and the Mission Estate Concert at Mission Estate and Winery in the suburb of Taradale. 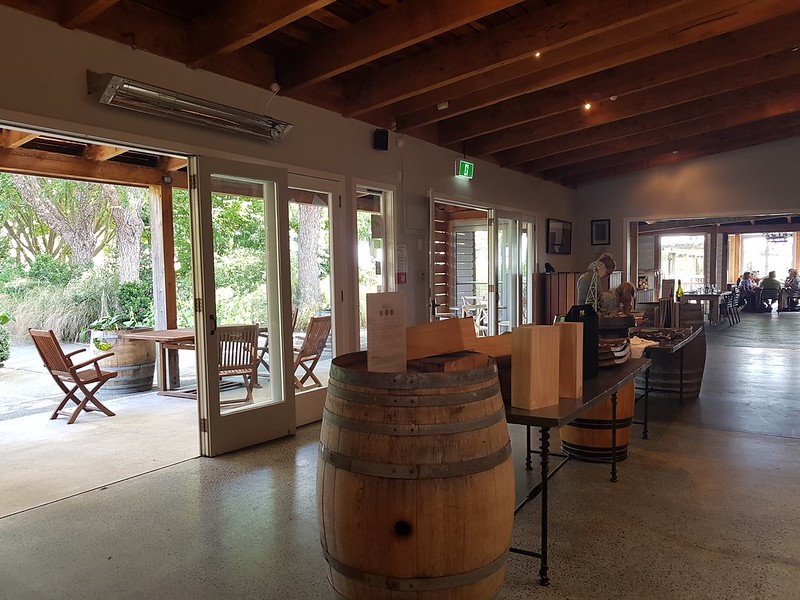 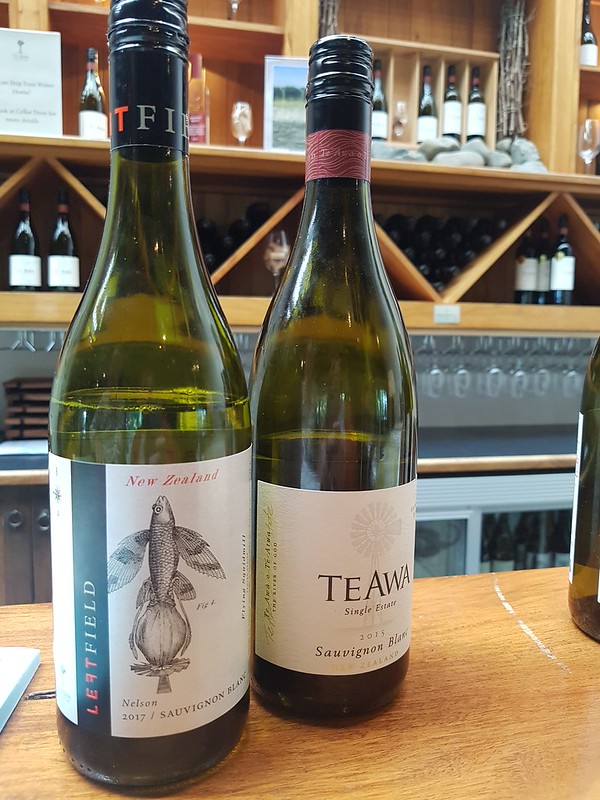 We took state highway 50 out of Napier, driving inland through the Hawke’s Bay wine region. This is the oldest and second largest wine producing area in New Zealand, specialising in red wines and chardonnays.  We bought sauvignon blanc.  There are many, many, many wineries in New Zealand!  This was the first one we’d actually stopped at to visit (mostly because we needed a loo stop and it was in the right place at the right time).  It was beautifully set up and we enjoyed our tastings.  There was enough for the kids to look at to keep them interested too. We had noticed what looked like large windmills on many of the vineyards.  It turned out that they were frost fans, used to protect the vines when the weather cools down and the temperature drops below zero.  Frost fans have become the central element in most frost protection strategies. They use the warmer air in the inversion layer to protect a crop from frost damage. The frost fan is angled slightly downwards to pull this inversion layer down to ground level, to protect the crop from frost damage.

We continued on driving until we met state highway 2 and turned toward Wellington. We pulled off the highway at Norsewood.  It’s a small town that was founded by Scandinavian settlers in the late 1800s as a logging town.  It’s now home to the New Zealand Natural Clothing sock factory and factory outlet.  What’s less known is that the factory grounds house a wonderful little wetland park containing a whole lot of eels! 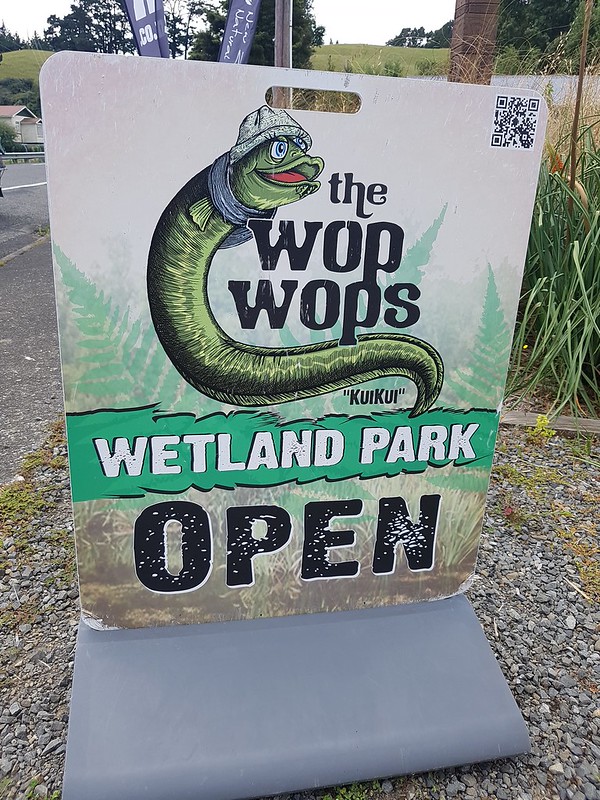 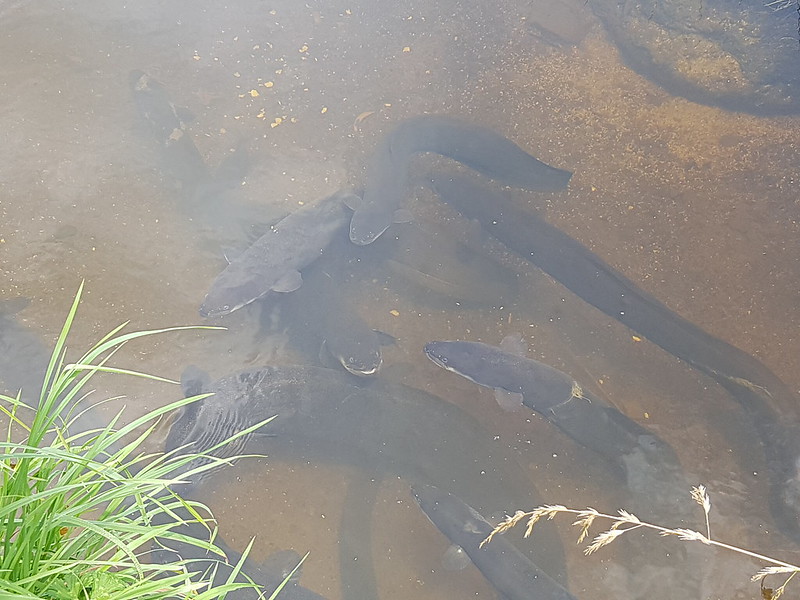 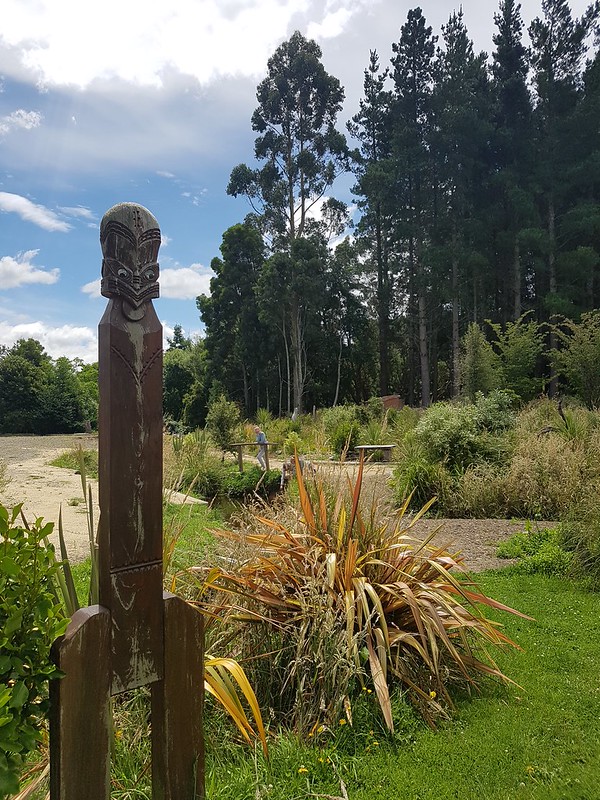 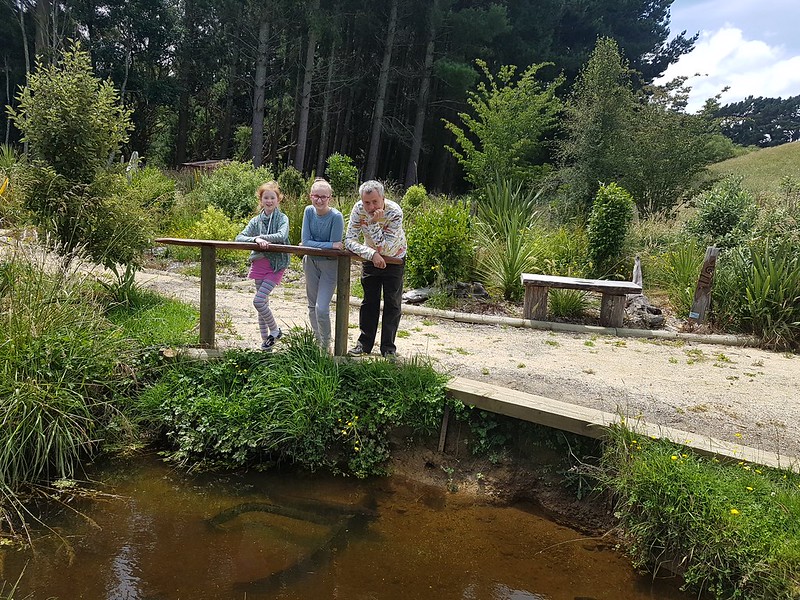 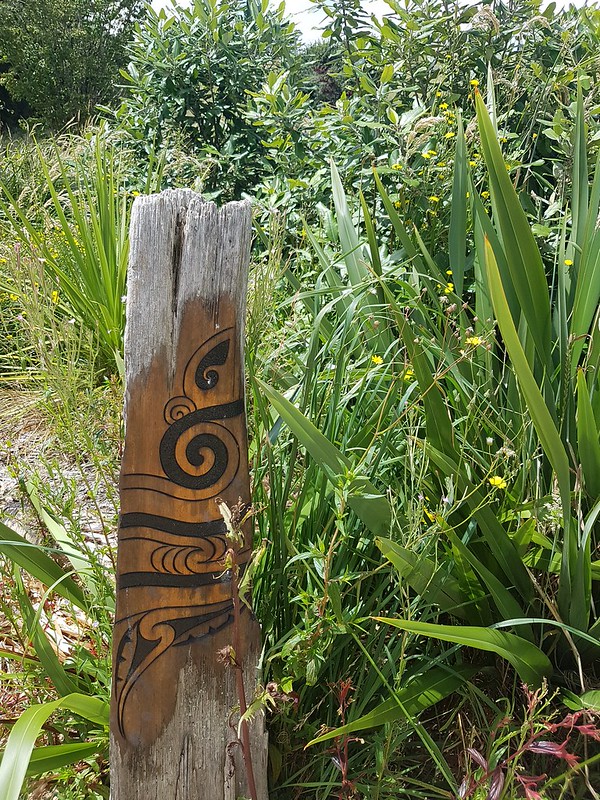 Then across the road we discovered another park/playground. As the kids said, the ‘fun police’ definitely hadn’t got to that park – they had a ball expending some energy on the play equipment! 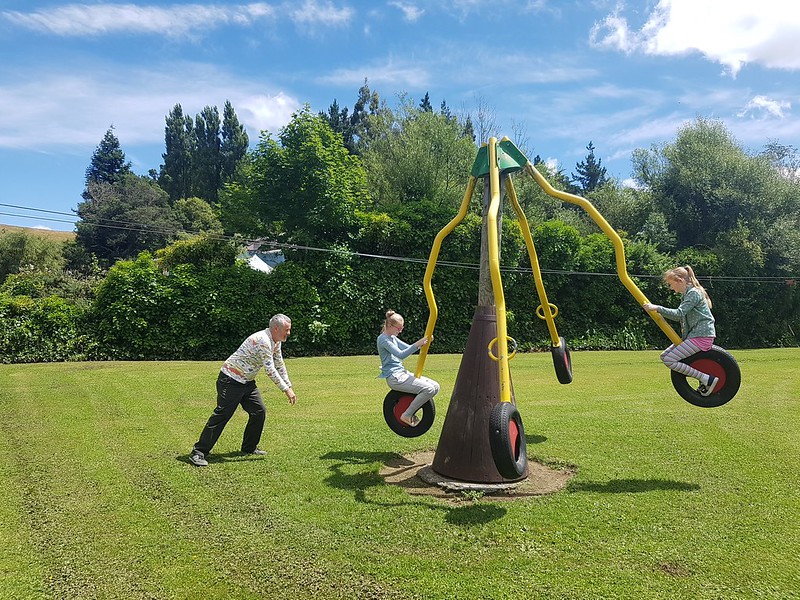 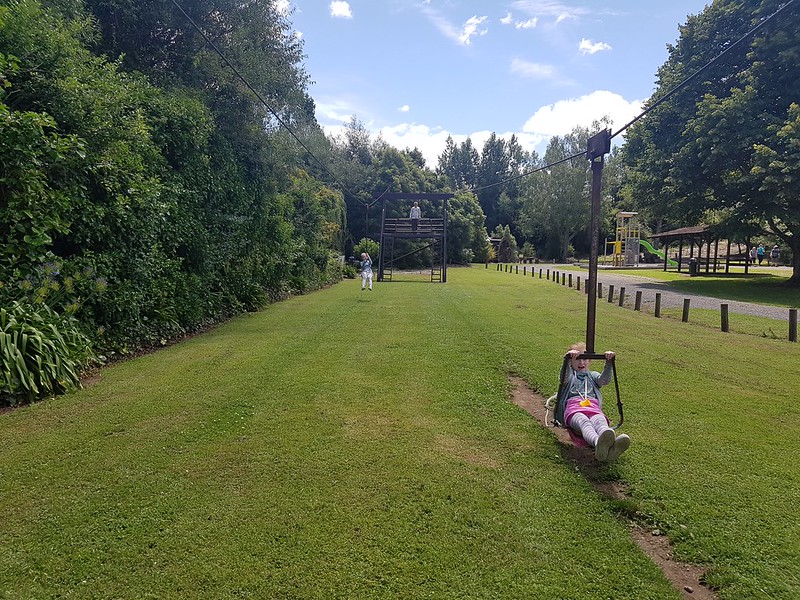 Holidays really do need to be tailored to the people travelling and their needs at the time.  I’ve been thinking about this as we’ve been driving along.  A driving holiday for a family of four with kids aged 10 and 15 is very different to the hiking/tramping holiday of a group in their fifties or a week in a bach (holiday house) in an activity filled, wineries area for a couple in their thirties.  It’s all about age and stage!  So far this holiday seems to be working well for us.  We know where we want to start and finish each day, and which major activity we want to do.  The rest we pretty much make up as we go along.  We’d enjoyed stopping as the mood took us, but now it was time for more concentrated driving to take us to Wellington. 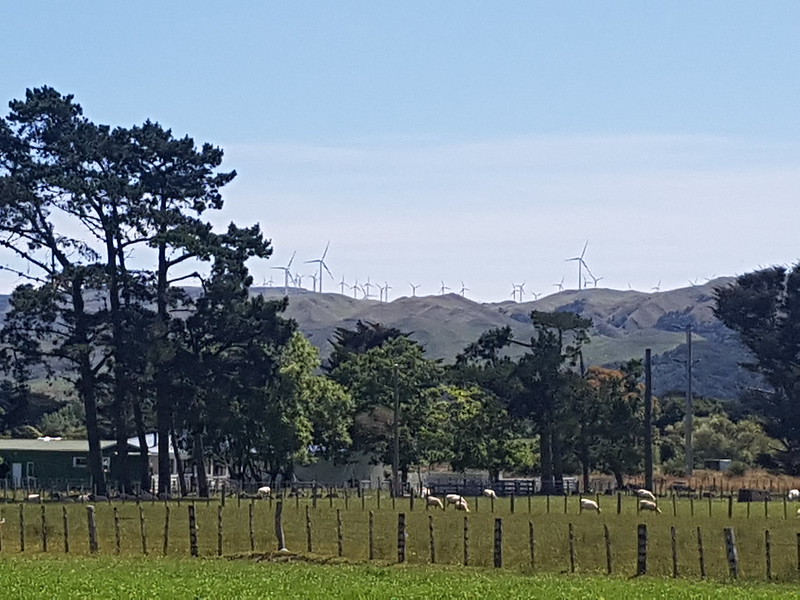 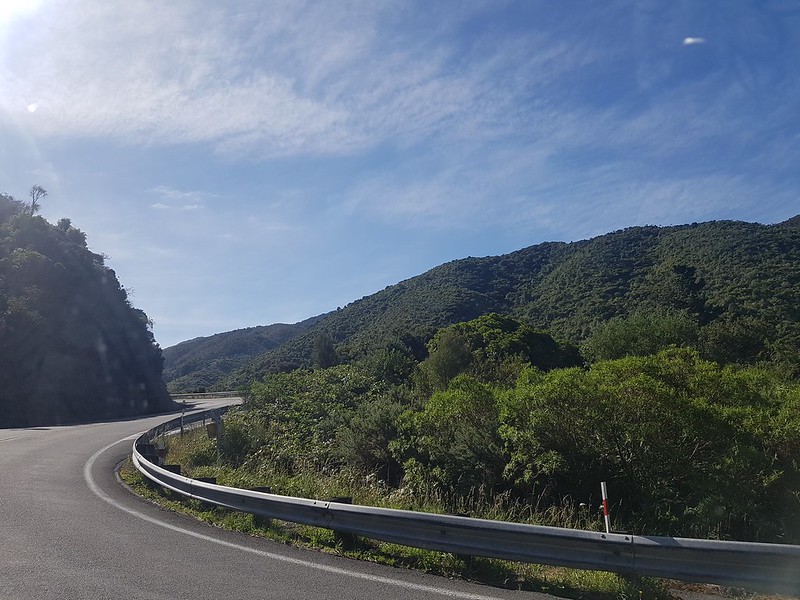 Towns were getting closer together, then suddenly we were driving up and up along very windy roads through the Rimutaka Ranges toward Upper Hutt.  Then before we knew it we were on the Hutt Expressway, heading straight into Wellington.  The changes in scenery are definitely spectacular.  Our first looks at Wellington were of the harbour in the sunshine, with light bouncing off the timber houses lining the hillsides. 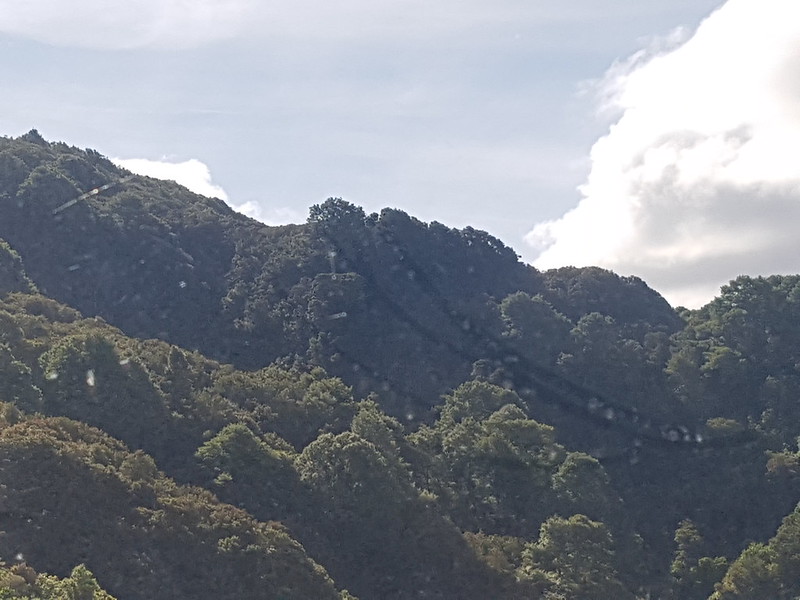 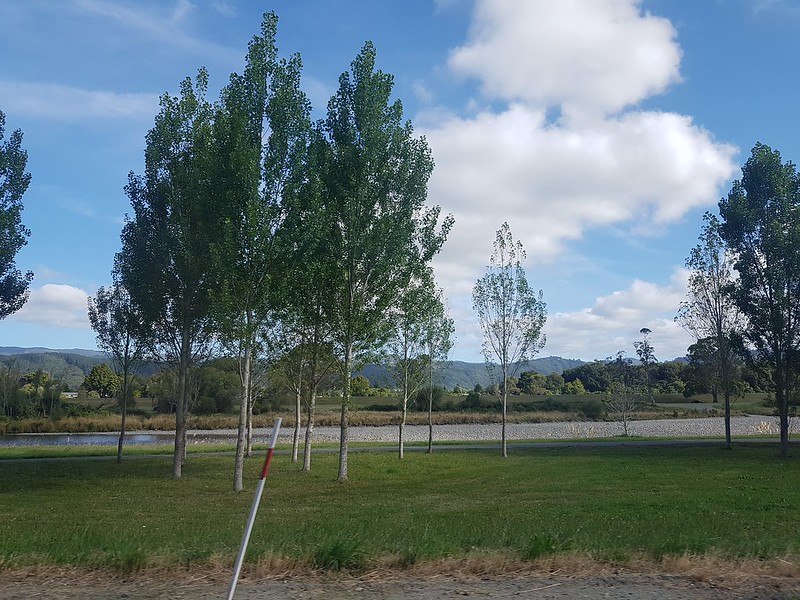 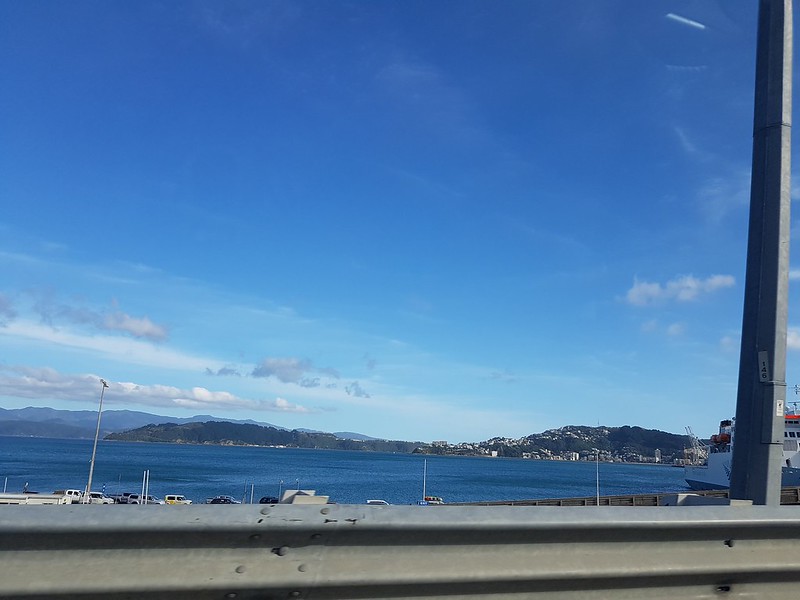 Yes, definitely a beautiful place!  We found our Air BnB, a lovely late 1930s apartment in Wadestown perched high on the hill, then headed straight into the city centre.  It was time for dinner with some of the Wellington sewing bloggers! 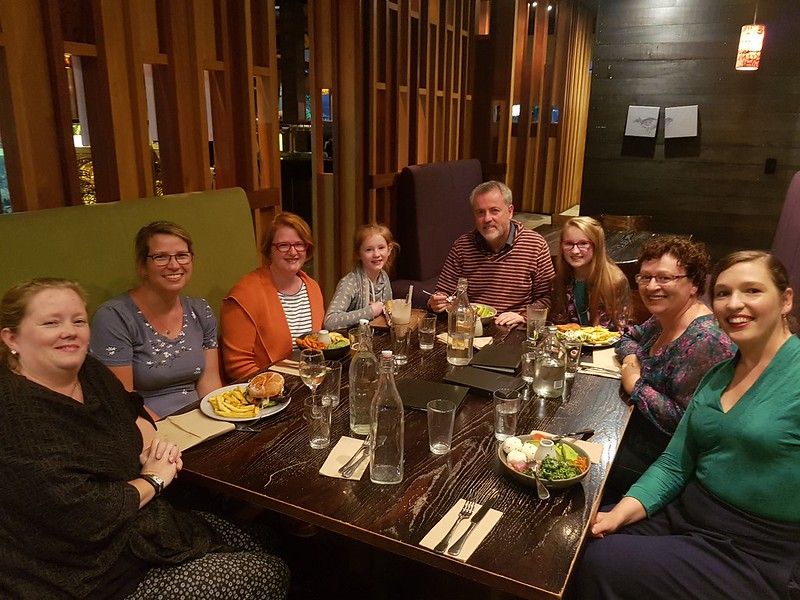 We had such a pleasant evening!  Thanks Wendy, Nikki, Gillian and Leimomi – it was wonderful to meet you in real life.  As I’ve said before – I love the international sewing community!  I loved my dinner too. 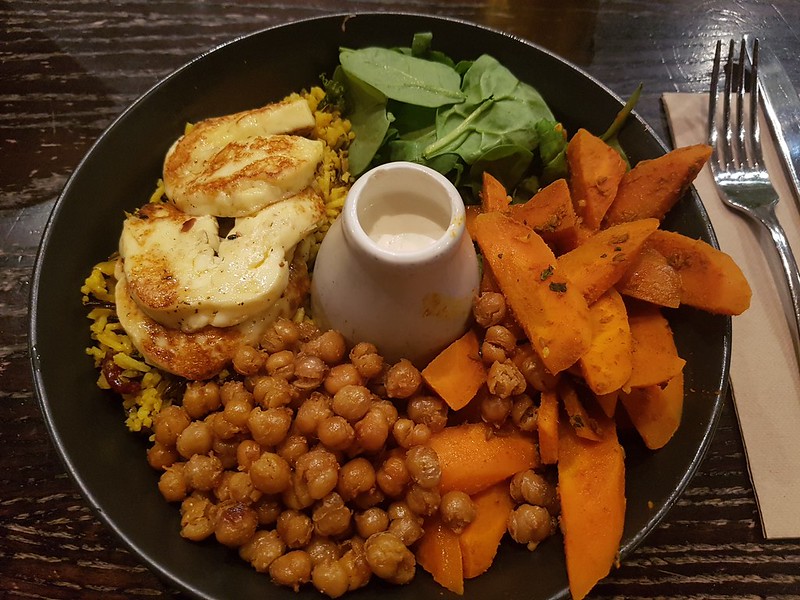