Thanks to all who responded to my last blog post – both to those who added to the discussion about fit and flattery and to those who left such flattering comments on my Mabels!  And guess what – in the last two days I have sewn TWO THINGS!  Admittedly, both were cut out weeks months ago, and both were extremely straightforward.  A dress for me, and finally a second pair of school pants for Clare.  They really needed to be sewn, considering that she finishes primary school in December!  In the meantime I can finally share another garment I made ages ago.  Once again my photography of Stella had an ulterior motive – to get photos for the blog, not just to get photos of her having fun drawing chalk pictures with friends! 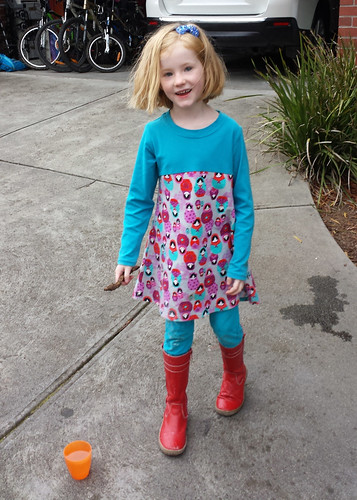 This is the Nessie Top pattern, lengthened to become a dress. I also added a yoke to the back in order to take advantage of the gorgeous Babushka fabric that Anna had given me. Despite being a knit, the skirt fabric isn’t terribly stretchy.  It does however have a loop pile back, and is nice and snuggly for winter.  The fabric I used for the yokes and sleeves is a cotton/lycra knit from the depths of stash. I bought a LOT of this once upon a time. 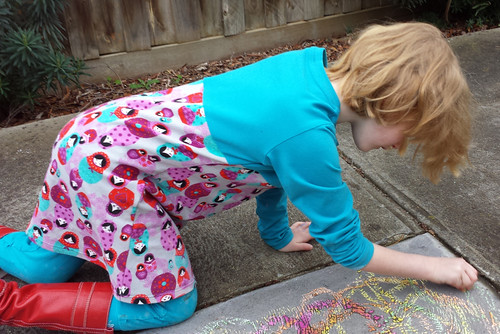 Now a confession – I did a terrible job of aligning the yoke seams at the sides. There is about two centimetres misalignment at the side seams. Shoddy. I remember that I was making this in a bit of a hurry and I didn’t actually draft a new back pattern divided into a yoke and lower back – I just held the front yoke pattern piece near the back piece and chopped away accordingly. Learn from my mistakes people! 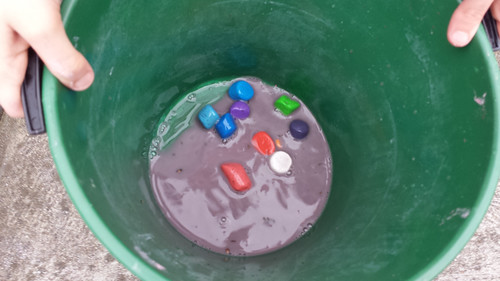 I originally used the tiny remaining scraps from the skirt to bind the neckline, doing a double folded band. It looked really cute – but wouldn’t actually stretch enough to go over Stella’s head. It was rather entertaining while I tried pulling it on and it just wouldn’t budge over her ears, but clearly something else needed to be done. I chopped off the neckband and cut another from the same cotton/lycra knit that the yokes and sleeves were made from, using the 7/8 of the neck measurement rule, joined it into a circle then quarter marked the folded band and the neckline to match them up then seam them together. This worked well. 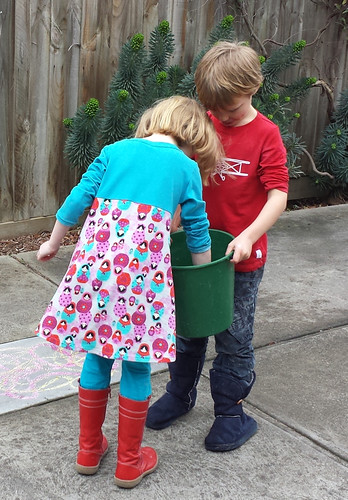 The length was determined entirely by the amount of fabric that I had available. It still has the gentle high-low hemline of the original top pattern. I think that I sewed this up in size 6, but don’t hold me to that. Construction was all on the overlocker, and hems were all twin-needled. We already had leggings in the drawer from a previous make in the same fabric. What coordination! 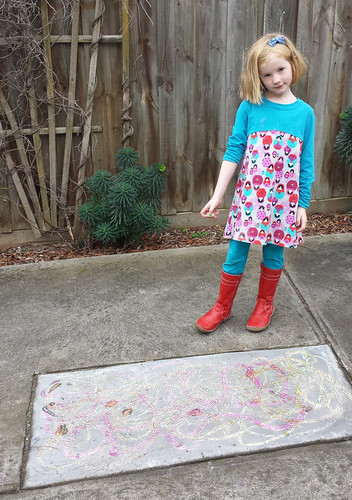 3 thoughts on “Nessie dress for Stella”