After Karen’s daughters proudly showed off the penguins and ducks that they made during the last school holidays my girls clamoured to follow suit and make their own penguin and duck as well.  Clare does have her own sewing machine, and I figured that I should give her more opportunity to use it.  So we collected the pattern and our supplies and made a start.  Stella sewed two seams of her penguin then handed it over to me for completion.  At that stage there were tears – almost from me as well as from her – but in the end I relented and finished it off. 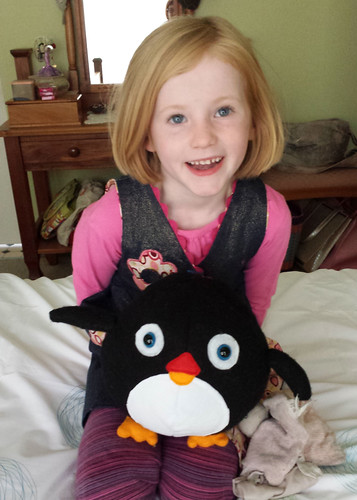 In the meantime, I sewed up the owl that was also included in the pattern. 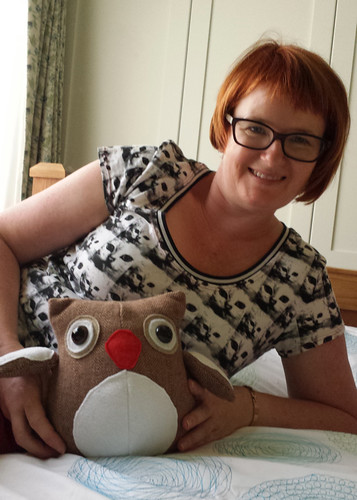 And on the weekend, Clare was finally able to finish off her duck.  Thanks Karen for the duck fluff! 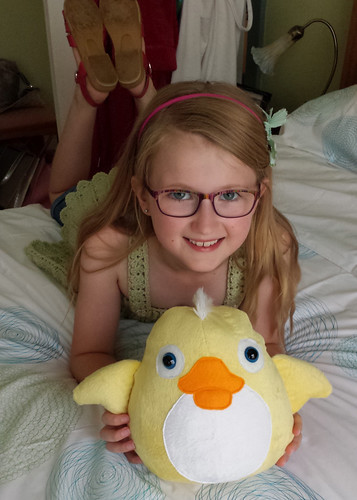 There were tears involved in the making of the duck as well – poor Clare thought it was all finished and she had stuffed it before taking another look and realised that one wing was much, much higher than the other! Oh, the disappointment! I whipped out the unpick and she redid the offending wing. Other than helping in minor ways, Clare sewed the duck entirely herself, thanks in no small part to the wonderful instructions that Jodie provides. 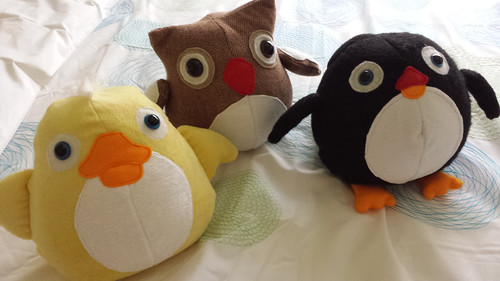 Lots of the materials came from Spotlight. Clare made the duck from a minkee type of fabric, which was harder to sew than a felt or polar fleece but has given a lovely result. We also used a minkee for the white stomach circles. The owl was made from wool that was in my stash, and the penguin was wool/viscose felt from Spotlight. BUT there is a cautionary tale about the quality of the (relatively expensive) felt. 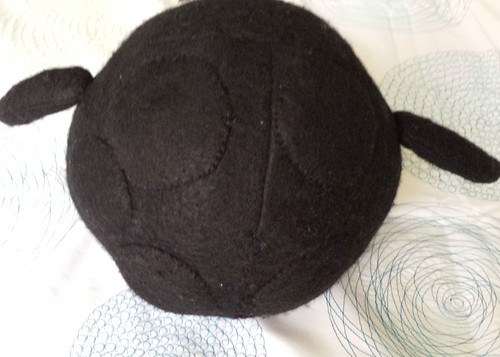 See all those weird circles appliqued on the back of the penguin? Do you know what they are and why they are there? They are patches – over the many spots where the felt has begun to separate and start to form holes once the penguin had been stuffed. I am VERY unhappy with the quality of this felt, which was bought from the roll and advertised as wool/viscose. I must get around to giving Spotlight some feedback about it. Luckily, the kids aren’t too perturbed (mostly because I did all the patching). 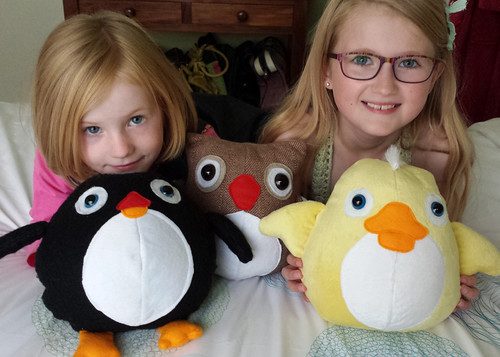 We are all thrilled with our owl and penguin and duck now that they are done! Great pattern Jodie – just remind me to book my youngest into a class run by someone else the next time that she wants to learn to sew. 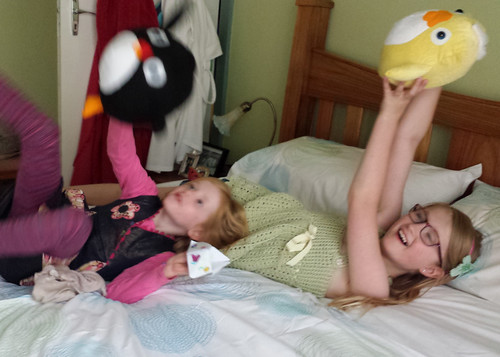 And a quick shout out to a couple of blog posts that I thought were particularly helpful when I was blog browsing on the train and tram this morning:

Christy on sewing fast (because I nodded the whole way through)

LiEr on drafting sleeves (incredibly informative and so well explained!)

and Anne said some really lovely things about me and my blog this week – thanks so much Anne, I am incredibly touched.

If you were wondering what the Lekala-alongers were up to, we’re still cutting out this week.  Well, some of us are actually sewing, and some are still getting fabric, but by the end of the week we all aim to at least have our jackets cut out.  Fingers crossed!

12 thoughts on “owl and penguin and duck”